No doubt, you’re aware that humidity is a big deal, especially in the lake- (read: swamp-) filled Great North of Minnesota. But what, exactly, is humidity? What does it have to do with moisture? Why does it make some days feel hotter than usual, and some days colder? Can it really affect my health?

Even if you already have some understanding of what humidity is, a refresher can help you understand why managing your home’s humidity is one of the most important ways you can keep your living space healthy and comfortable. Here’s everything you should know about humidity and how it affects your day-to-day. 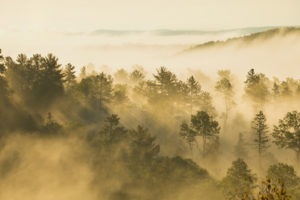 We don’t see it happening, but under almost all normal atmospheric conditions, some volume of a mass of water evaporates and condenses in a constant cycle. When water evaporates, it rises and disperses into the surrounding air as the gaseous water vapor.

Humidity is the presence of water vapor in the atmosphere. The more water evaporates in a given area, the more water vapor rises into the air, and the higher the humidity of that area is. Hot places tend to be more humid than cool places because heat causes water to evaporate faster.

Why does humidity happen? 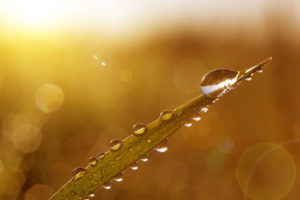 It might sound like water evaporation is a bad thing. Liquid water is useful, plus, you know, essential for all life. Water vapor doesn’t seem like it’s useful for much of anything–other than making you uncomfortable. Believe it or not, though, water evaporation and humidity serve a critical function of the natural world. We couldn’t do without it!

When liquid water evaporates into gaseous water vapor, it has completed one third of the all-important water cycle. The water cycle is nature’s way of distributing water to things that need it. If water didn’t evaporate, we wouldn’t have clouds, and it would never rain!

How does water evaporation cause rain?

When water vapor rises, water molecules in the vapor combine with each other and with other particles like dust, salt, and smoke. Eventually, these molecules latch together until they’re big enough to be visible as clouds.

The higher the water vapor rises, the thinner the air around it becomes. Less air means there isn’t as much for gravity to press down on, which means less air pressure. Less pressure means air molecules aren’t pressed together as tightly, which lowers air temperature (it’s like when people step out of a crowded elevator). When temperatures cool down, the water particles in clouds condense into their liquid form and fall as rain.

How do we measure humidity? 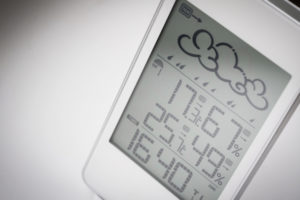 There are a couple different means of calculating humidity in both absolute and relative terms. Each method has its own uses:

Absolute humidity is simply the total mass of water vapor in a given volume of air, regardless of the temperature of that air. In scientific terms, it’s the most “accurate” measurement of humidity, since the amount of water vapor in air directly determines humidity.

Condensation only occurs when there’s enough water vapor in the air for the molecules inside the vapor to coalescence into water droplets. The only way that happens is if water vapor condenses faster than it can evaporate.

Humidity in the Seasons

The answer for most people is to purchase a humidifier to add moisture to the air in the house. While this is a good idea for many reasons, what you may not realize is you can get too much of a good thing. It’s possible to have too much humidity in your home during the winter months. The level at 28 percent is better than at 38 percent because that ten percent difference can make it too humid. You’ll also want to keep it low to prevent condensation from building up on your windows. Added tip: go on and take the screens out of the windows during the winter because frost can damage them.

During the summer, you may think about buying a dehumidifier to remove some of the moisture from the air. While that can be beneficial, you’ll want to make sure you don’t draw out too much moisture. Try to keep it below the 50 percent mark at between 30 and 45 percent. The right humidity will reduce your heating bill because it helps you feel cooler in the summer and warmer in the winter, which also improves your comfort level.

Well, our brains have just about reached their “dew point,” information processing-wise. It was worth it, because now we can make great atmospheric science jokes like that one. Anyway, now that you understand humidity, you’re ready to control your home’s environment absolutely (eh?).

Stay tuned for how this knowledge can help you control the humidity like a pro, coming later this month. If you want some more hands-on help in the meantime, you could always have our experts help you put in a humidifier or dehumidifier. With our help, the only 100% relative humidity you’ll experience will be 100% satisfaction. Have we reached the “boo point” yet? Ok, sorry, we’re done… for now!

5 thoughts on “WHAT IS HUMIDITY AND WHY DOES IT MATTER?”